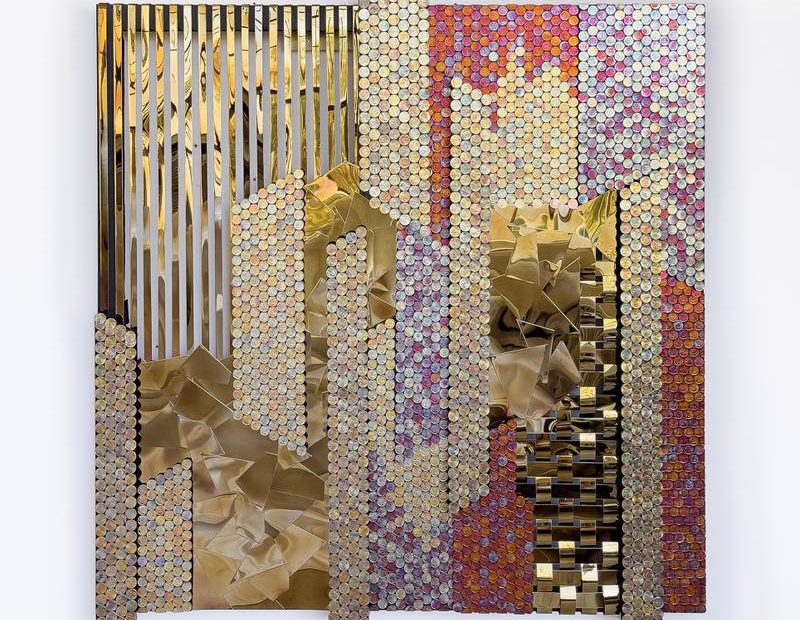 The inaugural exhibition for a new gallery specialising in African art with a particular focus on West Africa. Efie Gallery is currently presented in a dedicated arts pavilion within the All Africa Festival taking place in Burj Park, Downtown Dubai (but will subsequently move to another location, yet to be announced); it’s dominated four large pieces by the noted Ghanaian artist El Anatsui, known for his large-scale sculptures composed of thousands of folded and crumpled pieces of metal, but he shares the space with an impressive selection of artists who represent the relationship between ‘old’ and ‘new’ African art”

“Our inaugural exhibition literally and figuratively alludes to the expression of connections in every facet, including the design of the Art Gallery itself, which is an ultra- modern abstraction of two independent yet connected spaces, celebrating the communal oneness of Africa whilst celebrating its diversity,” said Afia Owusu-Afriyie, co-curator of Efiɛ Gallery. “It celebrates acclaimed and revered artists whilst providing a platform for those that are still emerging, illustrating the synergy between art as we traditionally know it and art as an immersive experience of sound and visuals, all coexisting in the same space.”

Above: Yaw Owusu, Treasures of the Farthest land (2021)