Why Skepta’s taking over Sotheby’s 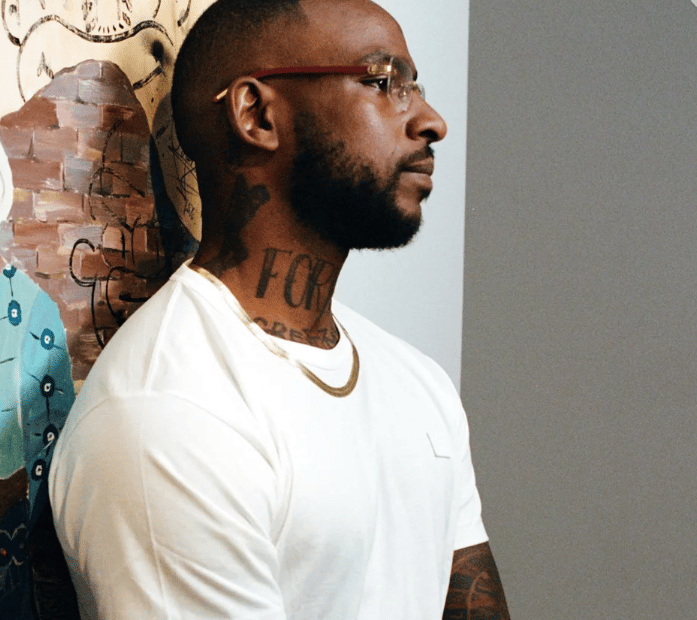 A sticky afternoon in London, and a moss-green Rolls-Royce is parked blithely outside Sotheby’s. This probably happens a lot at the auction house’s New Bond Street HQ as wealthy potential buyers stop by, but this Rolls belongs to one of its curators – one of its artists, in fact. Inside, Chief Joseph Olaitan Adenuga Jr, better known as the rapper Skepta, explains that he doesn’t mind the inevitable £80 parking fine. What’s it like driving a Rolls, anyway? He gives a quixotic smile. “Like a cat in a fish tank.”

We are here to discuss the latest step in Adenuga’s irresistible ascent: from being a founding father of grime, one of the most influential pop movements this century, to Mercury Prize winner for his 2016 album Konnichiwa, passing by friend and collaborator of Drake and Kanye West, founder of a clothing line, Mains, and also the heavily rumoured ex of Naomi Campbell. Born in Tottenham to Nigerian parents 40 years ago this month, he was made a chief in Ogun, their home state, in 2018. Now he is auctioning a painting, alongside a curation of other artists, in the Contemporary Curated sale at Sotheby’s, the august auction house that, as one of the embossed napkins in the galleries tells us, was founded some 280 years ago.

“1744!” says Adenuga quietly, looking at the napkin among a selection of sushi, strawberries and Ferrero Rocher; he’s dressed down in a backward baseball cap, loose, multicoloured check shirt and slouchy blue trackies. Is it radical that a rapper from north London’s council estates is taking over one of the bastions of the art market? (And he really will take over, since he’s also planning for the galleries to be transformed into a market setting for the sale.) He strokes his chin. “I would say it’s pretty rad, still.”

If you had no idea that Skepta was a painter, don’t worry – neither did he. He has produced just one painting in his adult life, and it’s propped against the wall not far away from us, among a selection of the works that will be sold, by Chito, Slawn, Lynette Yiadom-Boakye, Ouattara Watts and Frank Bowling. Mama Goes to Market imagines a market scene in Nigeria, with one of the women in the picture having a baby wrapped around her, just like Adenuga’s mother used to carry him and his siblings whenever she went grocery shopping. The Adenugas, Skepta explains, would try to go back to their mother country at least once a year. But, he says, “I’m still in a bit of a daze, because I didn’t do it for all this.” He gestures to the gallery walls. “I did it because I was just super-frustrated in my house.” Back in spring 2020, all his shows were cancelled, and “I guess I was just so used to expressing myself all the time, every two days, out doing a show somewhere new.” He certainly wasn’t “gonna write a song about lockdown and staying in,” he frowns. “So I just ordered the oil paints and the canvas [on Amazon].”

The resulting picture took seven days to create and six days to dry. Is this a short amount of time? He scoffs. “When I made ‘Praise the Lord’ with A$AP Rocky, which was one of our biggest songs ever” – 840mn Spotify streams and counting – “I produced that hook in his hotel room in London in 10 minutes.” The picture sat around for a year, until he took it to a Givenchy pop-up and had it tagged by Chito, Slawn and Goldie. The reception was so good, someone suggested he contact Sotheby’s and sell it. The estimate is £40,000-£60,000. Who does he hope will buy it? “Honestly? Jay-Z.” He’s deadly serious. “Because he’s very into his African art. Him, or Dave Chappelle.”

Celebrities of all sorts have revealed they can paint. In July, Johnny Depp sold some pretty garish portraits of fellow stars for upwards of $3mn; Ronnie Wood has been flogging his rock ’n’ roll oils for years; fans have not forgotten the delirious, high-speed Instagram montage Britney Spears produced of her daubing some flowers at home (not on the market yet, sadly). But Adenuga is not about to announce a reconversion. He appreciates art but only in as much as he studied the obligatory classes at school. However: “I love Edvard Munch’s Scream,” he says. “Like – a lot. I wish I could get one.” He went to The Courtauld Gallery’s summer Munch exhibition, which he enjoyed, “although there was no Scream – and I was angry!”

The Contemporary Curated sale, which happens in London twice a year, will offer some 90-120 artworks; Adenuga is curating a “pocket” of these, between eight and 12, with no rigorous theme except to summon the energy and colours of Nigeria (the amber-hued frieze painted by Bowling, born in Guyana, reminds him of the walls in Lagos). “It’s to do with the aesthetics and the sentiment,” says Lisa Stevenson, head of curated sales at Sotheby’s. She was “really, really struck” by the rapper’s own effort, promising that “it’s a very strong painting… I was really impressed by it, and still am”.

Hovering over this entire project is the question of whether this will open Sotheby’s up to a new audience. “One nice thing about the Curated sale is that it’s a very accessible sale,” concedes Stevenson, “and we’re seeing the boundaries between different disciplines being blurred; we’re seeing that a lot of younger audiences can come in. It’s culturally relevant.” For the rapper, though, it doesn’t sound like it was a motivation. In fact, “I’ve been thinking about how my fans are gonna receive me doing a painting, and it coming out in Sotheby’s, after 20 years of listening to me rapping,” he admits. People are “scared of what they don’t know”. When I point out that everyone nowadays seems to be a multi-hyphenate, so he’ll be fine, he kind of agrees – but on the proviso that it all hangs together. Take the late Virgil Abloh, he says. “He was a master of making the story make sense… So we’ve got to figure that out. But we ain’t got that much time!”

Ultimately, his painting is part of an ongoing affirmation of his African heritage, and a gesture towards his daughter, born in 2018. “I want my children to feel like they’ve been in an African household, whether it’s the music, the art, the clothes we’re wearing, the food we’re eating,” he says. “A lot of the African art in my house when I was growing up really shaped me as a man… I thought, I should try to make a conscious effort to put these things in the house.” He has since bought pieces from the influential Nike Art Gallery in Lagos.

Asked which artist has influenced him the most, he says that in the early days it was rappers such as Tupac Shakur and Notorious BIG, but now it’s Fela Kuti. “As an African boy back then, it was tough in school: you get your confidence kind of stripped away from you.” Even when he won the Mercury, he didn’t feel sated. “I was that big Skepta, ‘Mercury Prize-winning’, all that stuff” – but he felt he was trying to please the wrong people. Listening to Kuti reminded him that his chief aim is to make others from his background feel pride in it too. “He showed me what elevation was for an African man. It’s not a Mercury – it’s other things.” It isn’t even, he says, “material stuff” like the cars (he actually owns two Rolls-Royces). “I need to get it out of my system because I’ve always wanted it. But deep inside, I know my purpose.”

Does this purpose involve making another painting? “When I’m making music, it’s more or less an energy,” he says. “I’m just going with the vibe. Painting – I’m not going with the vibe. I’m thinking: ‘What does the underneath of somebody’s nose look like?’” Clearly this has limited appeal. He gives a good-natured laugh. “I ain’t got the patience for painting!”